Yes, I may have just received my first B in med school!

Quote of the day

Context: Chuck and I while watching a holocaust movie.
Chuck: Who did the Germans think they were. I can only name like 5 great people that came out of Germany.
Eliza: ...and is one of them Heidi Klum.
Chuck laughs because after Einstein he was totally gonna say Heidi Klum.
Posted by Eliza at 8:41 PM 2 comments:

The post says "Update" but there really isn't a whole lot to report. Jack still isn't talking much. We've taken his binkie away and he's finally getting over it. Chuck has finals this week and has been working really hard at studying. I'm growing basil. I'm teaching the young women how to make balloon animals this week for mutual. And that's about it. Here's some funny pictures of Jack to keep you all satisfied. 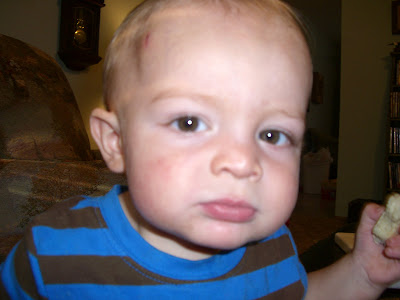 Here is our first time using our new basil. It was delish. 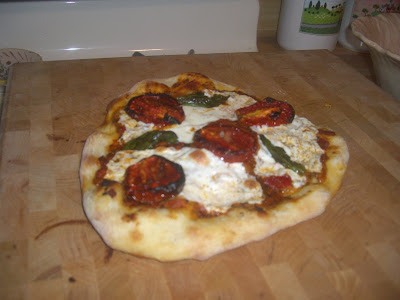 Now, the next three pictures are out of sequence, but basically this was Jack stealing food off the table. I omitted the pictures of him eating off of the ground...so you wouldn't think I am a bad mother. 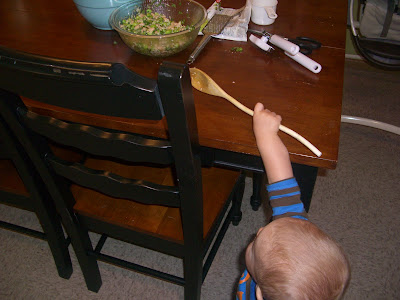 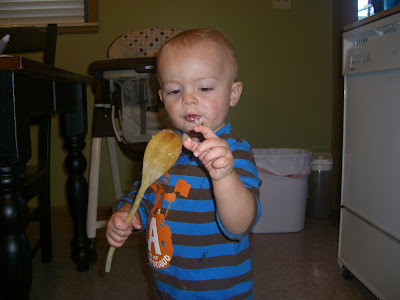 Jack wanted to play doctor after dad listened to his heart. 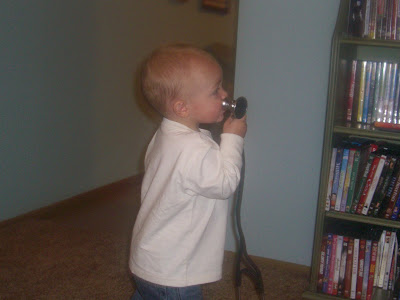 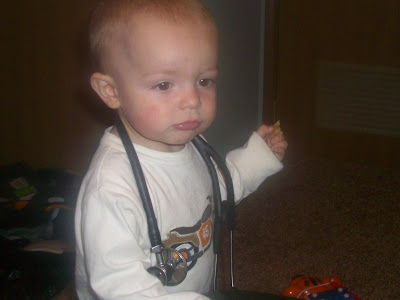 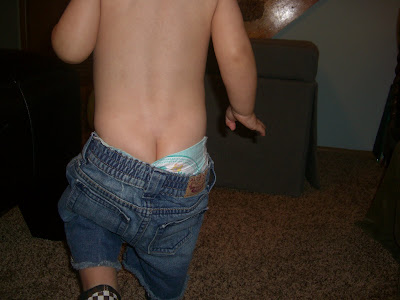 Jack loves diapers on the head, not on the bum so much. 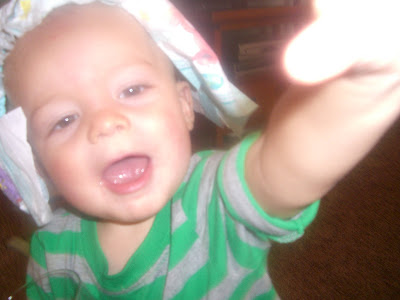 It was clean don't worry. 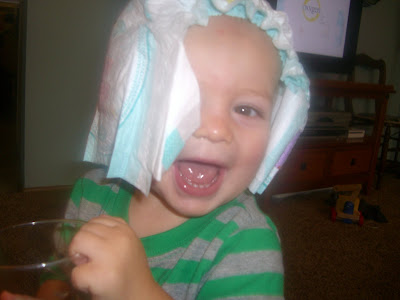